Towards the Choice of This Color 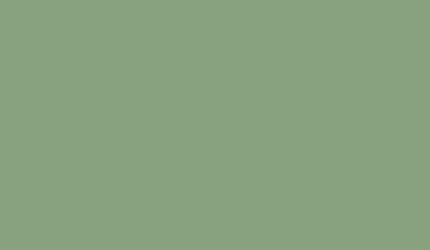 I imagined a chalkboard, or dense algae overtaking an abandoned swimming pool, or the color of a sweater my girlfriend would let me borrow—but only to gather its redolence during her absence, not to wear. So I created a new file at 430px by 250px in Photoshop, and “paint bucketed” it the green before you, spilled it over the entire floor to its sublime conceptual corners, the way Jackson Pollock might have if he were high, rather than merely drunk. Short of a soul, I saved the file and called it “green.png.”

The pixel size is not arbitrary. I viewed the “image info” of other header images accompanying pieces which this website [Pool] had published, and exerted said dimensions; and yes, this very conceit is somewhat presumptuous, though, if you are reading this then perhaps life has once again worked itself out.

This is the territory of dreams, not just this article, or website, but the very internet through which you are browsing. To invoke the word “surf” is to imagine an ocean which seems to go on forever, the beautiful waterfalls at the edge of the world which no one has taken pictures of. I once made a joke that 404 Not Found was God’s address (404 the street number of Not Found Street) but I’m terrified of that day coming. I think we all are. Existentially, I wonder if the direct URL of this article will outlive the IRL me. Humans have always been obsessed with asserting their immortality within the constraints of their very mortality. When I am dead, I want your children and their children to see my little green.png that I so endearingly made. I want them to imagine a depressed bald Asian in his mid-thirties ignoring his office work in order to write this. Feel the weight on his shoulders, the twitch under his left eyelid, the strain of his carpal tunnel nerves. Feel his loneliness. I was given a little circle to pick my color. I was feeling green, but a subtle one, almost grey. There was a conceptual painter—I’m sorry I’m not very good with names—who estimated the amount of each color Monet used in each of his Rouen Cathedral series, and blended all those colors together to create one perfectly flat muted color, not dissimilar to the color I have presented you. I saw the exhibition about ten years ago in a gallery, those sterile white boxes full of severe and silent beautiful receptionists, and have thought about them, the paintings, ever since. This is either the power of art, or boredom. Monet kept intricate records of the exact day of the year and time of day for each painting, returning to them year after year in hopes that the setting—the light, its shadows, the angles and shapes created—would be exactly the same. For all the hope happening inside the church, there was a lot of it happening outside as well.

I am fond of #88a27d, it is the PIN# of arbitrariness, the color of my girlfriend’s sweater. She likes to snuggle. I have a confession to make.

I don’t have a girlfriend. Last weekend I streamed Pollock via Netflix “instant,” though it was far from instantaneous. It took me over two hours to watch. I laid on my couch, either a bowl of chili, or chips and salsa, or snifter of scotch, or sorry I can’t remember balanced on my chest while Ed Harris cried like a baby. In the final scene of both the film and Jackson Pollock’s life, a drunk man, with his girlfriend and her friend in the passenger and back seat, respectively, drove into some trees one quiet night except for the screaming and the crash, killing the drunk man and the girlfriend’s friend. The girlfriend survived the crash and went on to live the same life granted or imposed (depending on your attitude) on all of us. “I don’t have a girlfriend,” Pollock thought from heaven, flicking down grey tendrils of paint in a violent web of nonsense. You will never think of bird shit the same.

I place my nose against the screen and smell the green sweater, the bands of pixels as tiny well-organized threads of yarn hovering over your warm body on a cold day. I will not be alone tonight, we in this the territory of dreams whatever your name is girl I’m sorry I’m not very good with names.