Duchamp’s Ideal Children: Internet Art, the Avant-Garde and the Readymade 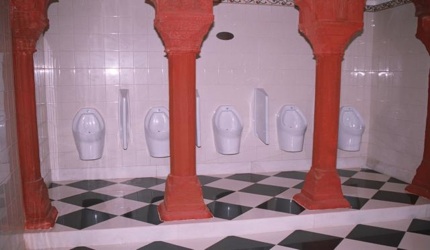 The collective term ‘new media art’ relates to what is currently ‘new’ and has referred to video, electronic, web-based, network, and interactive art at different times. There are also further distinctions for artworks that exist digitally – either through closed networks, on the World Wide Web, or as digital works that don’t need the internet to be viewed. From the early 1990s, ‘new media’ was used in reference to internet/online art that could be lumped in with considerations of the avant garde due to the paradigm shift in concept, medium and reception that it initiated. It uses the same context for its production, display and content – the work was self-referential because it was made digitally, displayed digitally, and communicated digitally. The trajectory of the avant garde, with artists claiming ‘non-art’ objects as ‘art’ objects, began somewhere with Duchamp and his urinal.  The readymade can be directly related to today’s digital and online art as we can observe the re-purposing of a pre-existing system as a tool for artistic exploration. Maybe it’s too simple to lump together a urinal and the internet  in a discussion about new media and avant garde. Even if the ties are obvious, there is a risk of limiting the interpretation of current digital and online production. This work’s mutable identity and confused role in the larger art world expresses the very nature of the media themselves and deserves space to expand and renegotiate itself on an ongoing basis.

My art historically trained brain was tripped up by an article in e-flux journal, “Art and Thingness, Part One: Breton’s Ball and Duchamp’s Carrot,”[1] which announced Duchamp as a conservative artist. This apparently is far from a new opinion as the criticism is cited through the voices of minimalists including Dan Graham, Robert Smithson and Daniel Buren. It is argued that Duchamp’s placement of the urinal in the gallery space reinforced the authority of the institution, employing its existing voice without disruption. This means that the readymade wasn’t a critique of the authority of the gallery but instead a gesture that called attention to it.[2] The readymade was first considered avant garde because it was the first  to claim everything that is already in the world as (potential) art.  The other side of this opening-up is a closing-down. If everything can be privileged as art, then maybe nothing can be differentiated? This was in 1917 – mediums and theories have changed – but the authoritative voice of the gallery has not,  in that anything placed within its walls is still to be considered as art. Also, ‘art-as-everything’ is a firmly established theme in art production and nothing appropriated from popular culture or using pre-fabricated materials can be considered as groundbreaking nowadays. Strangely, the anxiety over a lack of distinction between ‘art’ and ‘non-art’ seems to reignite with each new introduction of a popularized medium into the realm of art production (re: video, internet, performance, music). Identifying new media, video, network or online art as avant garde isn’t accurate since we should no longer be surprised when artists take up a medium that was originally created for other, non-artistic purposes. There is nothing in the act of creating digital or internet art that’s fascinating, but how it has influenced the art world and the authority of the gallery is significant. It’s shiftiness and true non-objectness makes it worth some attention. In the case of internet-based art, the lines between every day use and artistic expression are further blurred and make these works more difficult to recognize and analyze. This is to their benefit.

The ‘newness’ of these art media – new media/online/digital/network – provokes a novelty value,  prompting writers and curators to pay attention and begin determining how to facilitate these works for public display. The artists who take up these media have also been concerned with the ‘newness’ of it all, but the internet is now fully ingrained as a natural extension of people’s lives and doesn’t have the same freshness. For both curators and artists the work’s novelty value can sometimes overshadow a lack of content in the work and theory produced. In physical art forms it is obvious when the crafting and material condition of the work is prioritized over its meaning and conceptual components. Just because it’s well-done, doesn’t mean it’s good art. Just because it avoids traditional institutions doesn’t mean it’s commenting against them.

After the novelty runs out, new media/internet/online/digital art can no longer remain un-recognizable or misunderstood; its inherent functions and abilities are not surprising, but how it can be manipulated is; how people access it isn’t surprising, but how it can be received in different contexts, both covert and overt, is. Part of the major appeal of this work for writers and curators is its built-in accessibility, and what I identified earlier as its strength. Because of this convenience, its production and widespread acceptance has been achieved within one generation. From internet art’s beginnings in the early 1990s, 20 years later there are specific grants, conferences, university programs and exhibitions that support digital art production.

There is a paradox here – an art movement that operates outside of institutions, both in its content and context (variably) but which has been folded into an institutional analysis and support system more easily and quickly than most other art forms.

So, is it new media and internet artists themselves or the curators and theorists who are asking for (and achieving) this widespread inclusion? There are many points of tension, and considerable overlap, as digital artists can also be curators and theorists, all working towards the same goals. Two examples of this tension are Barmecidal Projects[4] and Bozeau Ortega Contemporary Arts (BOCA)[5], which flirt with both the traditional models of gallery display and commerce through alternative models to these systems that exist in online/digital environments. It is hard to tell whether their alignment with these models is tongue-in-cheek or whether they are veritable attempts to raise the profile of digital artworks to the level as their physical counterpoints (painting, sculpture etc.). Without the same historical trajectory as paintings or sculptures, an alignment can be achieved through the language of gallery exhibition and the economic system. The same question I brought up earlier as to why Paul claims online/digital/network art as institutional critique because it exists outside of an institution relates to my next question: why do these projects choose to align themselves with art world models when their strength lies in their existence in the periphery? As the gallery system attempts to integrate these new media into its white walled fold, these projects are calling back to say ‘yes, we want to actively adhere to your systems.” Barmecidal is a virtual gallery displaying artwork exactly how it would be shown in an irl gallery space, minus the physicality, and BOCA is participating in the art market, representing a selection of artists and promoting and selling their artworks - all digital, non-objects. These projects reinforced this gallery’s authority and seem to want to legitimize themselves through this association. If we believe Paul’s idea that new media and online artworks are inherently critical of institutions, what does it mean when online projects mimic the institutions for their own gain?

Barmecidal Projects launched April 16, 2011 in the form of  a party and video walk-through projection at Butcher Gallery (Toronto)[6]. Titled FREE 4 ALL, the group exhibition included works produced entirely in the virtual realm, arranged in a gallery that, besides the fact that it is digital, resembled a physical gallery in all ways: white walls, monitors playing video art, a mixture of sculptures and wall mounted works. Barmecidal could have existed as a website where you could click on examples of artists’ work to browse through page by page, image by image – but it isn’t that – it is an online gallery that resembles a physical gallery. BOCA, founded in early 2011, is a commercial online gallery which has digital art objects for sale that are “ready to be displayed in your virtual collections.” This is in some way shocking, but in another way not at all – if they’re producing art work, why wouldn’t it make sense for digital artists to have the opportunity to have a dealer and make money off their work? It circumvents the traditional art market which is a system that banks on one-of-a-kind preciousness and the endurance of an object through multiple generations. This is not the case in the digital world.

Rejecting preciousness is a conceptual legacy. But the artists in the 1960s and 70s didn’t quite succeed, as the remnants of their ideas exist as a plethora of objects that can be viewed in physical galleries all over the world in the form of cue cards, typewriter documents, photographs, and sculptural objects.  An interest in dematerialization existed before and after conceptualism, along an avant grade historical trajectory if we’re counting readymades, appropriation, video and new media art too. Ownership of a digital artwork is at the mercy of your computer, external harddrive or programming language if they crash or become obsolete, and the object in its original form is lost. Maybe you can copy it? Take screen shots? There is a serious leap to be made between digital object and physical object ownership. It involves even more of a leap than conceptual artists asking money for their brilliant ideas that only exists on a cue card with a coffee stain on it from 50 years ago. Online/digital/network artists are perhaps achieving what the conceptual artists couldn’t due to a lack of technological. Artist Vuk Cosic described today’s digital artists as “Duchamp’s ideal children”[7] since digital and online art successfully embodies dematerialization,  appropriation, ephemerality and an inability to be archived through existing methods.

Regardless, I’m more interested in Barmecidal and BOCA’s involvement in gallery and commercial systems when digital production can so easily exist outside of them. The periphery is always more productive than an adherence and reinforcement of the existing and perpetuating art systems, whether or not there are goals of institutional critique involved. Not many mediums can accommodate the kind of ease and freedom of expression as digital works that exist in an ephemeral and mutable state. With no objects to preserve, the sentiment and philosophy that are inherent to online/digital/network art is what should be preserved and maintained, knowing that it will soon shift again. My first access point into an understanding of internet/online/digital art was through an art historical reading that aligned it with institutional critique, as if the challenge of figuring it out had already been solved. There should be  alternative ways of talking about what we consider ‘new media’ that doesn’t simply apply old ideas onto new ideas.