Between Stupidity and the Sublime 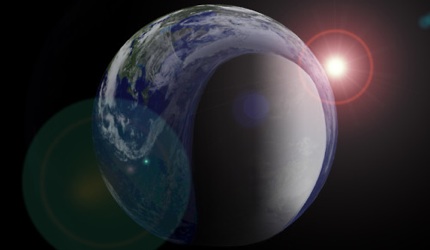 Despite being less than 300 pages long, the Post Internet Survival Guide feels like a monolith. It was released in the middle of March, and I still find myself returning to it on frequent basis. It has the layout of a product catalogue, or perhaps an archeology guide, with apparently unrelated, small photos spread across the pages. The material featured ranges from e-waste to the carefully elaborate artworks. Most of it relates to extensions of our perception, by way of technology. The origin of the tools on display ranges from the ancient to the so advanced it looks alien. In different ways the guide seems to address the issue: How to survive in a world where corporations such as Google, Youtube, Facebook, Twitter and Tumblr are taking increasing control over our brains?

The guide is divided into eight sections: SEIZE UPON THE SITUATION, USE ALL YOUR SENSES, REMEMBER WHERE YOU ARE, VALUE LIVING, IMPROVISE, VANQUISH FEAR AND PANIC, ACT LIKE THE NATIVES, LEARN BASIC SKILLS. As appropriate as these may seem, they were chosen by a controlled randomizer: they are the first results found by googling survival guide.

Most of the guide hovers in this state of mythical connecivity. The guide is a selection of image and text fragments culled from the web by Katja Novitskova. But rather than simply showing the personal preferences of the curator, there seems to be a profound link between what is displayed - one that places the material just outside the reach of rational comprehension.

Each page functions a cluster bomb of information, ready to explode in any direction the viewer lets it. Here the new symbols of spiritual guidance emerge: glowing screens, gateways to other dimensions, digital avatars, unseen forms of matter merging with the old world. The new rulers are placed next to the old: Mark Zuckerberg is pictured making a gesture similar to that of a Julius Caesar. The Google logo is liquified, put together with photos of warfare and flood. Firefox is identified as a spirit animal, pyramids are flipped over and the guide is filled with collections of digital signs, from loading icons to interfaces to useless buttons.

After the rush of discovery comes the question of the significance of all of this. None of it can do any harm to the rulers of the digital realms we inhabit. The point of the guide is obviously no such thing, and as a research of online symbols it mystifies rather than subverts. But as with any mystical language it risks only speaking to the initiated few.

Kari Altmann says in an interview in the guide: “Any time you’re confronted with a heap of data, waste, content, ideas, etc. to sift through I think the natural inclination is to start by creating your own value system as a point of entry.”[1] What if the connections we create here are nothing more than the result of our brains on overdrive, craving patterns when there really is none? Do our personal routes through large information collections hold value for others than ourselves?

A couple of examples: Micah Schippa’s “Head.jpg” is a picture of a sculpture missing its head, where the artist has placed a tiny pic of a sculpture head on it. “Donut Earth” is an image of our planet, photoshopped into a donut. I see these pictures as clever alterations. They are sublime in revealing something impossible, showing us a donut shaped earth, and basically fixing a ruined sculpture. But still, they are made with cut and paste or utilizing Photoshop’s basic 3D models. The pieces are knowingly stupid and crude, and some might see them as nothing more than that. Is he making fun of 'internet artists'? Martin Cole's The Current State of Internet Art. Cole 2011

Several images featured in the guide makes me think of Martin Cole’s “The Current State of Internet Art”. It is a re-working of Salvador Dali’s iconic painting “The Persistence of Memory”, where Cole has replaced Dali’s melting watches with the logo of Internet browser Safari. Seemingly this is yet another simple, postmodern, funny Internet art piece. It combines icons, both from the web and the art world, depriving them of their iconic status. If you look closely you can even see the notes accumulating under the picture on Tumblr.

But there’s more to it than the notes flowing. Cole’s self-proclaimed status as ‘The Ultimate Illustrator’[2], differentiates him from other Internet artists. This adds a layer of uncertainty to the intentions behind “The Current State of Internet Art”. Is he making fun of ‘internet artists’? Is the theme of this work a lack of originality in online artistic practice? Is it a mocking of the stagnation into variations of taking something serious (either from art history, current events or the entertainment business) and adding goofball elements to it?

Dali’s painting has been interpreted as a meditation on the relativity of space and time, as discovered by Einstein. The artist himself denied this, saying that it was inspired by watching cheese melting.[3] Whether Cole’s piece is intended as a parody or an actual attempt to map out the current state of web based art is not really relevant, a joke can be taken seriously, and this work might give us important pointers.

With the Internet and the equal availability of artworks from the past and the present, our notion of time has collapsed. The symbol melting in Cole’s piece is not the watch, but the compass. It is probably chosen for its visual resemblance rather than as a signifier. It dies, however, resonate with artist and writer Tom Sherman’s claim that our culture now functions as a “a vast cloud of cultural disorientation”[4] In his essay about “Vernacular video” in the Video Vortex Reader[5], Sherman asserts that art has lost its way.

Sherman describes how our culture has changed: “The world of top-down, expert-authored one-to-many forms of communication have given way to the buzz of the hive”[6]. Our need to interract leads to a fragmentation of our attention. In this environment the best messages are the ones who travel quickly: short ones, with clearly defined goals.

But what about art, asks Sherman. How can it survive in an environment where ”ambiguity and abstraction fare poorly”[7]. He raises some critical questions:

”When will poetic work emerge again in a network-anchored culture dominated by straightforward pragmatic exchanges? And if ambiguous and abstract messages once again emerge, will there be anyone left with the strength of attention to read them? And finally if artists cling to a belief system that includes the potential for transforming culture through autonomous, strategic interventions, then how will they do so effectively in a culture of messaging that continues to diffuse the power of individual messages in favour of an increasingly scattered, distributed, collective authorship?”[8]

The Post Internet Survival Guide could be seen as a response to all of these problems. Novitskova has managed to construct her own vision out of collective enterprises. What emerges from the work is the impression that the messages Sherman describe as having clearly defined goals might hide as much ambiguity and abstraction as any work of art.

Introducing the book, Novitskaja writes that “[t]he notion of a survival guide arises as an answer to a basic human need to cope with increasing complexity.”[9] This guide functions in quite the opposite way: it does not make it any simpler to navigate in a world “where the internet is an invisible given, like roads or trees”[10]. With the guide’s extensive focus on the framework of our surfing, it feels rather more like it sets out to make us look at these invisible objects. 2001: A Space Odyssey action figure: Our wish to touch the sublime turns it into something trivial. Think Geek 2010

One of these desirable, but once in use unnoticed objects, is on display in a tiny picture in the guide: the Iphone G4. It looks so sleek, sublime, it reminds me of the monolith of 2001: A Space Odyssey. People are going as bananas over the Iphone as the gorillas are over the monolith in the movie. We crave these objects for their magnificence. We want them because we believe that they might turn the mundane into the extraordinary.

Work such as the above mentioned “Donut Earth” builds a different possibility of transformation. It takes something known (the planet earth) and turns it into something that is also known (a donut). This creates a way to look the everyday as something amazing, while still holding on to the banality of it.

No matter how advanced our tools have become we are still bewildered monkeys, struggling with a meaningless existence. The Post Internet Survival Guide shows how we are struggling to make sense of our (digital) world, how we can create understanding of it by recontextualizing and reshaping it. It is a collection that tries to transform what Tom Sherman sees as a barren and desolate landscape into a rich poetic environment.

[2] His name on Flickr, and discussed in this interview: http://readplatform.com/martin-cole-the-ultimate-illustrator/